Members may request an advertisement for  a car for sale or sought for purchase be placed on the website. Send details to : gardenroutemc@gmail.com

Laurie Smart will be relocating to Zambia and will be selling his cars and clearing out of Knysna; details below
Laurie will be in Knysna from 14 September for a couple of months but is contactable via email at lauriesmart111@gmail.com or on whatsapp +27 72 625 0243.
All cars are registered and licenced other than the 1955 Jaguar and are sold voetstoots.

Has had a full restoration pretty much finished, just the speedo cable still to do which Laurie has.
Brand new timber frame imported from USA, engine fully overhauled in George, all new brakes, lines, clutch etc. Re chromed, no rust or damage whatsoever.
New hood and side windows, new carpets, new carburettors, brand new tyres.
It has probably cost in excess of R500k
Asking R350,000 as it stands. If no interest it I will probably go off to the UK. 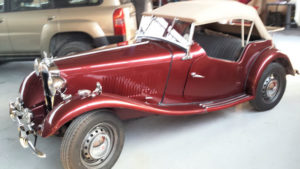 Another full restoration. Pretty much finished and used on a couple of club runs, the bonnet cable broken (new one available just needs fitting ) .
Asking R 120,000.

1955 MkVII M JAGUAR.
(not registered but it has a police clearance. It is all matching numbers with a heritage certificate from UK) Work in progress, a project on which much has been done but requires completion.
The bodywork has been stripped to bare metal, all rusty parts replaced with steel, not fiberglass or filler, the chassis was stripped and sandblasted, repainted and rebuilt with new suspension components, new brakes and lines, new fuel lines etc.
The engine has been professionally rebuilt from the bottom up by Barneys Automotive (R 40,000) the gearbox and overdrive were professionally rebuilt in Cape Town. ( R15,000 ) New tyres.
STILL TO DO.  Install engine and gearbox, refit all ancillaries, heater, hoses, wiring etc,  complete interior (all the wood available but it needs veneering), seats, door cards etc which need recovering.
There is money to be made on this one, but a fair amount of work still to be done.
Asking only R 120,000

A good runner no work done on it and regularly used on club events. Could do with a little tiding up, but a sound vehicle.
Asking  R 80,000. 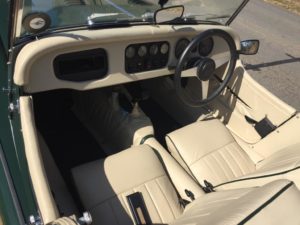 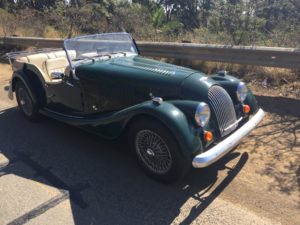