The GRMC major event of the year, the Knysna Motor Show, took place in perfect weather conditions on April 29.  While you have been kept updated with all the press releases and the wrap‐ up of the event; it is worth reflecting on the achievements of the 2018 Knysna Motor Show (KMS). In  2012 we set a vision for the KMS to be recognised as one of the best motors shows in SA and to  become a national event, drawing participants and the public from across SA. As part of the vision,  we did not want the KMS to become the largest motor show in SA, but instead the focus had to be in  attracting top, quality, rare and interesting vehicles, all to be displayed in a unique format. A prime decision to achieve this objective was to make the KMS an “invitation only “event. Prior to this decision, the KMS was primary driven as a charity event.  With the new vision the focus was shifted to staging the best motor show, with surplus funds being donated to charity . In 2012 the event consisted of mainly GRMC and MG member vehicles.  A total of 180 vehicles were displayed and an estimated 2000 people attended the motor show. Over the years steady progress was made towards achieving the KMS vision.  This, to a large extent, can be attributed to the small KMS organising committee who dedicated many hours of their own time over a 4 to 5 month period each year.   Three years ago it was recognised that to track the path of continues improvement and the costs to stage the event, a major sponsorship was needed. We set out to find a major sponsor.  This was a lengthy process, and having approached several potential sponsors we were successful in attracting Sanlam Private Wealth, who has now sponsored the KMS in 2017 and 2018. While the sponsorship value was about one third of the actual expenses to stage the 2018 KMS, it greatly assisted us in taking the KMS to a new level and added an element of exclusivity. While there certainly are still areas of improvement, the 2018 KMS has pretty much achieved the vision adopted in 2012, some 7 years ago.  The 2018 KMS has been rated as a great success by many. An estimated 8000 people attended the event with gate takings reaching a record level of R294,000 ( excluding sponsorship and sale of  stands ) . This compares with 2000 people attending and gate takings of R24,000 in 2012.  However costs to stage the KMS at the level achieved in 2018, have risen dramatically from a base of R12,000  in 2012 to R275,000 in 2018.  Over the period 2012 up to 2017, it is worth mentioning that R400,000 has been donated to charity. We are still in the process of resolving certain issues before we can announce the amount to be donated to charity in 2018. Once this has been clarified you will be advised.   The reason for sketching the above is that we are at the crossroads again regarding the next phase of the Knysna Motor Show.  The key elements are, do we have GRMC members who are willing to commit the time to take the KMS into the future years  and the importance and need to secure  sponsorship monies . Please give this some thought as it will be a major item for discussion at the AGM  scheduled for August 19. It will be great to let me have your comments and thoughts  ‐ please  let me have them.  In conclusion on the 2018 KMS , a special thanks must go to the 2018 KMS committee  ‐ Cedric  Parker , Allan Waterston , Brian Gibson , Jill Morse , Peter Morse , Ann Griffiths , Brian Dowding and  Peter Turner .  This is the team that made the 2018 KMS the success that was achieved.  To Karin  Gibson who took care of the toiletries for the toilets and even setting up of a station to change  babies nappies !!! . To Anne Parker who was always around to support where ever needed. Lastly to  the GRMC and MG members who assisted with the laying out of the display areas and the marshals  who assisted with the parking of participants cars.  Well done to all !!!.

Following the the very successful Knysna motor show, please click on the following links – they cover the final press release of the event and a short video. 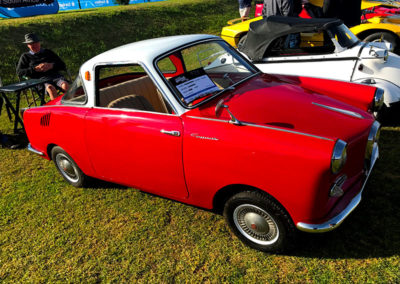 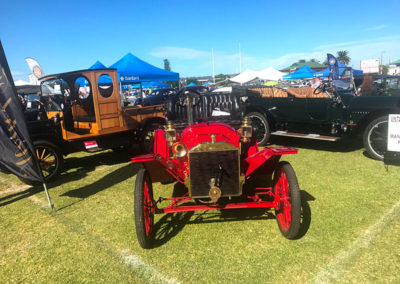 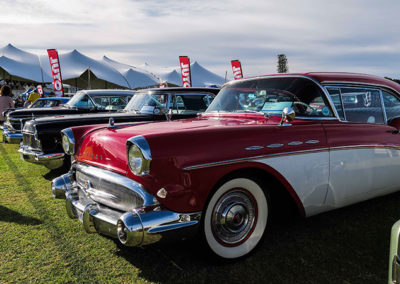 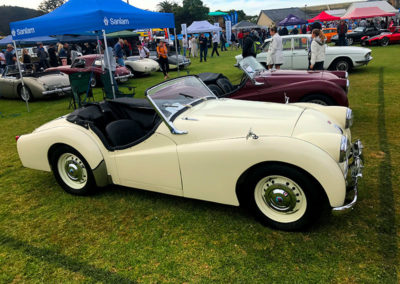 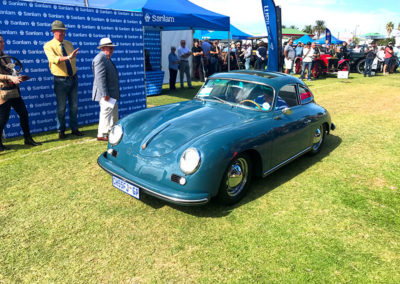 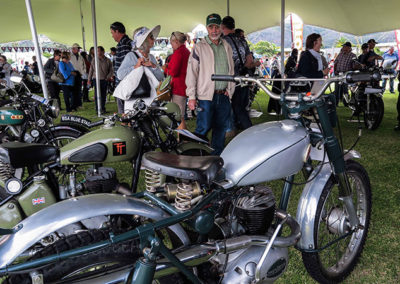 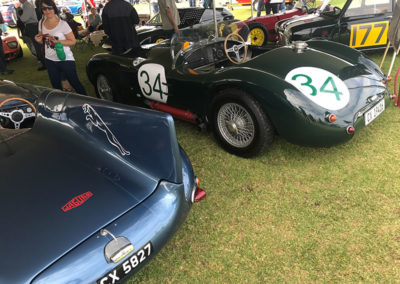 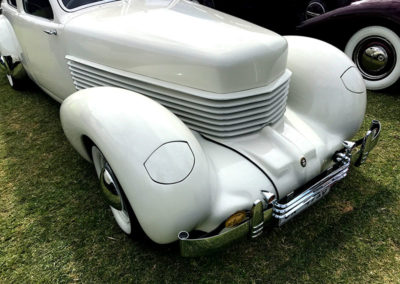 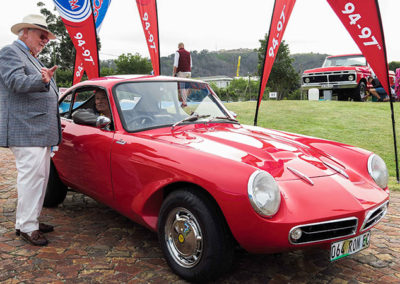 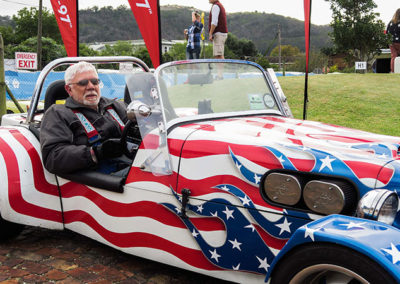 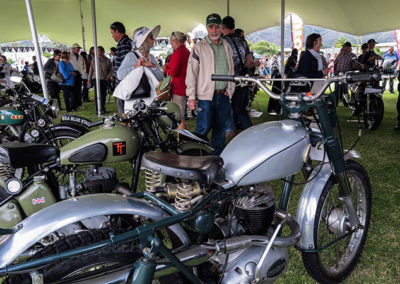 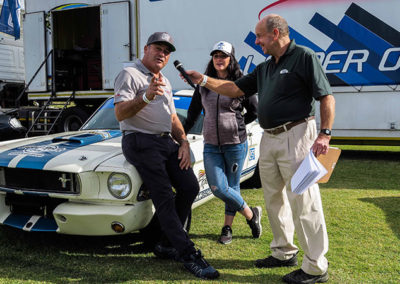 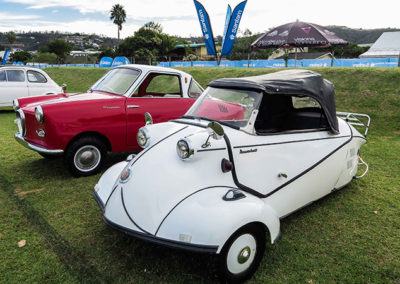 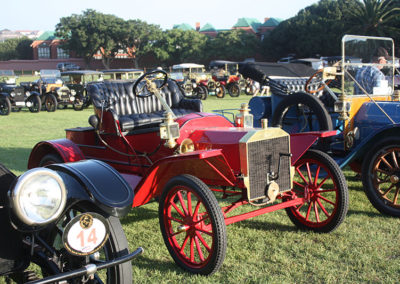 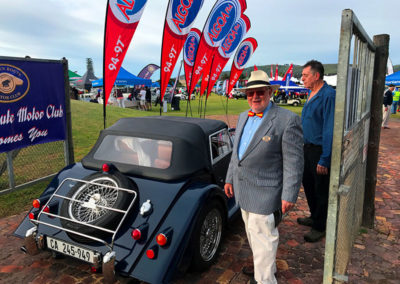 Thanks from our Charities

To the members of the Garden Route Motor Club,  On behalf of all the staff, patients and volunteers here at Knysna Sedgefield Hospice I would like to  thank the organising committee of the Knysna Motor Show for allowing us the opportunity to have a  pancake stall at the recent event.  Being able to raise much needed funds while being able to interact with the public and prospective  donors was invaluable. We thoroughly enjoyed part of such a well‐run and attended event, fun was  had by all!  We have 240 registered patients on average per month and it costs our organisation between   R1800 ‐ R2200 for our terminal patients per visit per month. This cost includes home visits up to 3 or  4 times per week.  The patient and their family are visited by one of our qualified palliative care  nurses, our medical doctor, a care worker and a social worker to deliver the quality inter‐disciplinary  care that we pride ourselves on. We provide this service at no cost to the patient or their family. As a  non‐profit organisation we rely on donations and fund raising in order for us to be able to deliver  these 5 star accredited palliative care services.  Thank you for your ongoing loyalty to Knysna Sedgefield Hospice, it is so greatly appreciated!  Kind regards,  Ashleigh Smith  (Public Relations Officer and Marketing Liaison Officer  Knysna Sedgefield Hospice

Thank you…. Once again I would like to say a very big thank you to you and the Garden Route Motor Club for allowing KAWS to collect at your recent Knysna Motor Show. We raised an amazing R7,403.40 in just 4 hours! We were worried that the rise in entry fees would affect our collection, but people were very generous and still gave us some generous donations. I must congratulate you and your team on the wonderful organization and fantastic atmosphere on the day. Everyone was relaxed and really enjoying themselves and the field was laid out in a very orderly and navigable manner. I hope that you all had a great day and that you also raised lots of money! Looking forward to next year Warm regards Cathie Garner Fundraiser: KAWS